Situation
This global real estate and financial services company with over $1B in annual revenues was formed by a merger of a North American firm and a European/Asian firm. The North American part of the firm had grown rapidly via five strategic acquisitions and went public.  The firm needed to improve its organic growth rate and operating systems to compete.

Approach
The COO of the North American division recognized that major changes were necessary in the organization. He engaged us to gain alignment at the Senior Team level with the conviction that the rest of the organization could not get aligned and work effectively together until the senior leaders did the same.

During the company’s Senior Team Alignment Process, we helped the Senior Team become a more unified group, by:

After identifying the six most compelling challenges, the Senior Team selected a group of 48 high-performance, high-potential leaders in the business to study the issues and develop solutions. Working with us, the company then launched a custom Performance Leadership program to provide the cross-functional project teams with a structure and process to facilitate the successful completion of the project work

During the Performance Leadership program, each project team member had the opportunity to work on his/her leadership behaviors, receiving coaching and feedback from his sponsor, coach and other teammates. Each team member also had the chance to try new roles and learn about other parts of the business, in effect joining the Senior Team in the strategic decision-making process. And, of course, the projects themselves yielded tangible, bottom-line results for the company.

We selected LSA Global over 5 other companies to help our key executives improve their overall communication and executive presentation capabilities. LSA exceeded our expectations.  I highly recommend LSA to any executive team looking to better organize and more effectively deliver key executive-level messages when the stakes are high.

Todd Power
Office of the CEO

We consider LSA our true business partner in the areas of Learning and Organizational Development. From Strategic Facilitation and Planning to Presentation Skills and Management Training, they continue to provide excellent value and extremely high quality solutions that make an impact. I recommend them to anyone looking to drive true business results. 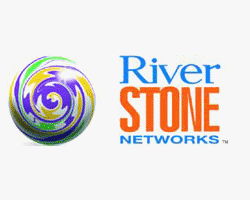 We recently hired LSA to help us take our client delivery methodology to the next level as we continue to grow and help our clients succeed. The custom strategy and design session exceeded our expectations. They really understood our business and delivered within tight time frames.  They were the best I have seen for this type of complex, visible, and strategic work. LSA’s ability to get a group of 20+ executives from around the globe on the same page, push their thinking to new heights, and ensure an executable plan was excellent. I would recommend LSA to anyone looking to take their strategy and strategic execution to the next level.

LSA has a very unique and powerful methodology regarding learning. Their ability to overcome skepticism, obtain executive support, and create an aligned learning strategy that provides measurable business impact is second to none. They understand your goals, flex to your needs, and solve problems. They certainly help make my job easier and are a pleasure to work with. I highly recommend LSA to anyone trying to connect the dots between strategy, skills, knowledge, and results.

Thank you for a great leadership development session today. The facilitator was brilliant. The team got a lot out of it (as did I). I believe it will help us create an even higher performance environment by ensuring we have a common understanding of how to create higher performance and work toward clear and common strategic goals.

LSA was very thorough during all phases of our customer service strategy process: the pre-meeting, the meeting and post-meeting. Their time spent with management and our employees went very well. LSA’s write-up of what was said was very insightful. Their suggestions for the future were also very valuable. I can’t think of any phase of the process that wasn’t first class.

We got great value from the executive strategy session.  We would not hesitate to use LSA again with our Executive Leadership Team.

LSA’s executive coach based his approach on understanding our business circumstances and strategy, as well as our leadership aspirations. The customized coaching covered all aspects of leadership; it was not simply a touchy-feely endeavor. In fact, the focus on clear business outcomes and real life circumstances challenged me to develop my thinking and actions related to leading the business.”

Having tripled in size and recently merged, LSA helped our executive team to increase our level of strategic alignment, to solidify our new direction, and to push our agency forward. As we look to rapidly scale, the clear, actionable, and critical few strategic moves combined with how we differentiate ourselves to our top accounts and target clients has really set us on a great path to success. This is exactly what we needed to get to the next level.

This was an extremely effective executive strategy session that helped our executive leadership team efficiently navigate through our core strategic objectives. It was exactly what we needed.  The approach was practical and valuable for our specific business and market. I would recommend LSA to anyone looking to push their strategic planning and growth to the next level.

You have become our premier change leadership strategic partner. Your expertise in the human side of change is unparalleled and enabled our company to successfully implement our ERP Solution under challenging and ever-changing circumstances.

As a high growth digital marketing agency with cutting edge talent, we hired LSA Global to help clarify our strategy and work with our executive leadership team to help implement strategic changes in a way that made sense for our unique culture. The work was so successful that we also hired them to coach our key leaders. LSA has been instrumental in helping us transition to a new leadership team and triple revenue. In this age of useless consultants, I highly recommend their practical and business-oriented approach to strategy, culture and talent.

The action-learning leadership project has been very beneficial to me, our leadership team, and the entire organization. The balance of development and results has been excellent. We have made huge progress, and I was also able to identify 2-3 high potentials while having the extra benefit of people stepping up to carry key strategic projects forward. The experience was better than anticipated.  I could not be more pleased.