Retaining a High Performance Culture During a Merger: Financial Services

Retaining a High Performance Culture during a Financial Services Merger

BT Financial is a funds manager with 2,906 employees. The company is a part of the Westpac Financial Services group and has recently been involved in Westpac’s merger with St. George Bank which, after integration, has added approximately 1,000 staff. BT has a long history of focusing on its internal performance culture.

BT was searching for:

3. Implementation
We employed a combination of the following services with the top 200 BT leaders:

In the words of CEO Rob Coombe:

“We know for a fact that we can have a mediocre team that can achieve high performance if the best environmental factors are present. Following the High Performance Environment implementation, 40% of low performers exited the environment, 40% improved their performance, and 15% transferred into roles where their skills were better fitted. It was absolutely necessary for the 40% who left to leave the organization. The people who sabotage the place every day and hijack the organization are cancerous.

Originally, we launched a RFP to partner with a sales training provider to improve the sales skills of our global distributor network. LSA Global challenged our thinking by suggesting we focus on the systemic strategy, culture and talent factors that create sales success before we invested in the more symptomatic needs of sales skills and knowledge. LSA Global identified the two strategic actions to improve overall sales performance and then designed and delivered world class sales training across the globe to help increase revenue and margin.  I’m so happy we took a more strategic approach to sales performance.

The experiential New Employee Orientation was an incredible success for 2,500+ new hires over 4 years spread across the globe. They partnered with us to create an innovative solution on very short notice and added a huge amount of value. We could never have done it without their unmatched combination of expertise, professionalism, and creativity that aligned everything with our unique culture. Even our experienced hires were blown away!

We value the relationship we have with LSA Global. I highly recommend LSA to anyone who is looking for top quality solutions to improve individual or organizational effectiveness. 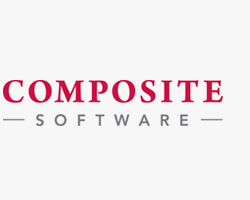 Working with LSA Global has proven to be extremely valuable and worthwhile. LSA understands our business, has deep expertise in content areas, and tailors the programs to deliver great results. The facilitator was extremely knowledgeable about Working Globally with India and her energy and passion made the session interesting, fun, and enjoyable for all that attended. The participants walked away extremely pleased along with highly useful practices and tools. I would highly recommend LSA Global to any company that has partners or offices in India.

We value our relationship with LSA Global. They focus on understanding our business situation and helping us succeed. LSA continues to deliver top quality consulting and leadership solutions that are highly customized for our business and culture. I would highly recommend LSA Global as a top quality resource to anyone looking to greatly improve the skills of their leadership, management, and project teams.

LSA helped change our entire culture around meetings, making them more effective and efficient, thus enabling us to concentrate on driving more business. 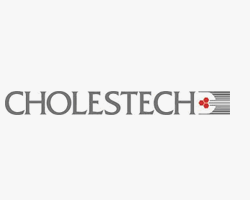 You have become our premier change leadership strategic partner. Your expertise in the human side of change is unparalleled and enabled our company to successfully implement our ERP Solution under challenging and ever-changing circumstances.

LSA helped us design and deliver a blended learning solution for our leaders to help drive our growth plans in a way that aligned with our specific culture and values. LSA understood our business, had deep expertise in the content areas, tailored the programs to fit our specific needs, and delivered great results. They constantly strive to deliver business impact and align their solutions with our business initiates, culture, and performance management systems. I highly recommend them to anyone looking to take their leaders to the next level.”

We looked to LSA Global as a consulting partner to help us explore innovative and scholarly approaches to promote employee engagement and sustain the unique culture we’ve built over the last decade.  LSA helped us perpetuate coaching as a discipline across the organization by integrating our core values, goal setting, and performance management.  We appreciate LSA’s commitment to cutting-edge practices to help keep us a step ahead during this time of rapid change.

I’ve been associated with LSA for the last 8 years and have found them to be an extremely professional, well managed full service training organization. Since working with LSA, I’ve participated in a number of solutions ranging from Performance Management to Assertiveness Training – I’ve found that the quality of the resources is superior. They are well prepared and have definitely done a considerable amount of pre-work in order to customize our culture and business into the total learning experience – making it most beneficial for our employees. 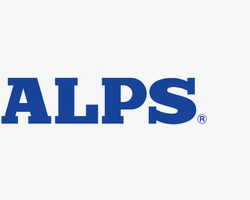 It was a challenge to find a consultant with an approach to performance improvement that fit our unique culture and style. We were pleasantly surprised to discover LSA’s depth of expertise in the fields of motivation, developmental coaching, performance management, and measurement.

LSA seamlessly integrated those components without our folks feeling like the intervention was forced. They understood what we were trying to accomplish, helped us clarify our objectives, and created a solid, refreshing approach that quickly got us moving and engaged at all levels across the organization.  Overall, I couldn’t be happier that we found a true strategy and implementation partner in LSA.